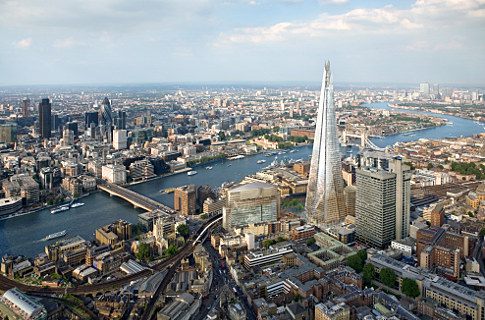 Having broken records for its tower-scraping height, The Shard is in line to collect another gong to add to the trophy cabinet.

Prestigious trade magazine The Travel Trade Gazette has nominated the building’s observation gallery, dubbed The View From The Shard, for The Leading Edge award. Part of the “special awards” category, is given to a company deemed to have introduced a true and successful travel innovation over the past 12 months.

“Being nominated for a TTG Travel Award is a wonderful recognition of the hard work of our team over the past few months” said Clive Stephens, Chief Executive of The View from The Shard. “The View is the only place it is possible to see all of London, all at once, from the pinnacle of Western Europe’s tallest building. The unparalleled experience enables people to appreciate the city like never before and is becoming a first stop destination for visitors and tourists from all over the world.”

“I extend my congratulations to The View from The Shard for making it into our hotly-contested shortlist and look forward to finding out the winners on the night” said Daniel Pearce, Brand Director, TTG.

The View from The Shard has also won several other industry awards including ‘The most eagerly anticipated luxury launch (‘Venues’ category) in the VeryFirstTo Awards 2013, a 2013 PRO AV Award (Best Museum AV Project) and an AV Technology Award (Most Innovative Rich Media Data Management System).

The View From The Shard opened in February with the first few weeks a total sell-out, despite the rather high prices which have attracted criticism from some quarters. In its defence the prices are only a little higher than nearby rival the London Eye and visitors are allowed to stay as long as they like whereas ‘flights’ on the Millennium Wheel last just thirty minutes.

In addition, as we discovered on our first visit, the The View From The Shard has gone the extra mile in creating a ‘bell-and-whistles’ London attraction that goes beyond simply offering a window and a – albeit spectacular – view. Visitors are greeted at the entrance with an audio-visual wall-bank whose theme extends into ceilings of the super-fast lifts. Upstairs on the observation level at Level 69 are free-to-use ‘tel:scopes’ which provide information-rich guides to the views beyond the tower, including how the vista looks at different times of day or night.

Up a few floors on Level 72, visitors get a taste of the clouds up high. “Level 72 is a wonderful example of this” explains Shard architect Renzo Piano “In the open air on the highest habitable floor, you are surrounded by the shards of glass as well as the sights, sounds, elements and atmosphere of the city below. On top of the city, but also within it.”

the TTG Travel Awards 2013 will be held at Odeon West End, Leicester Square on 10 September 2013