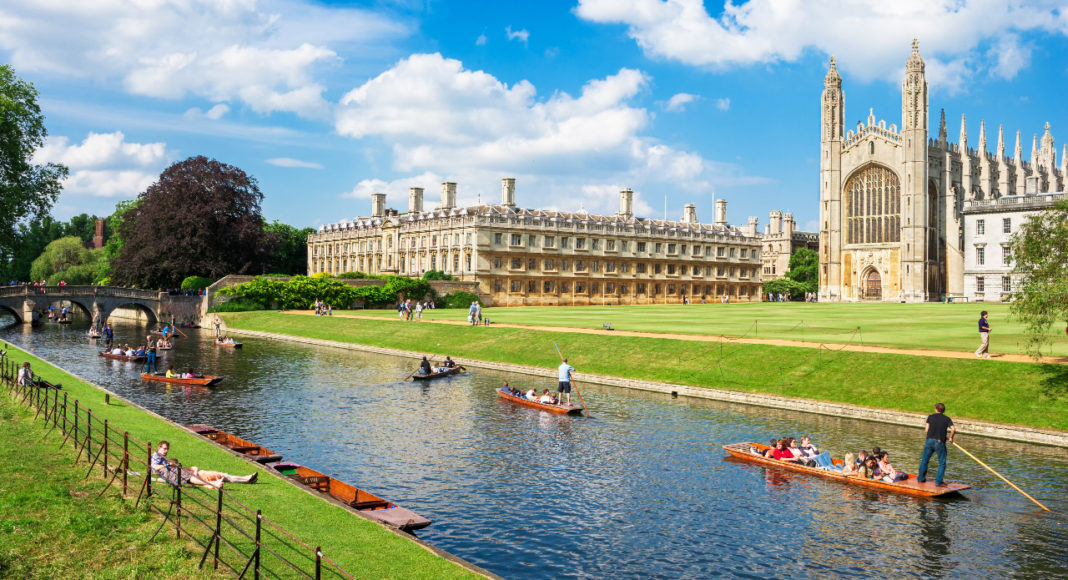 The University of Cambridge dominates this historic city in the East of England, with the buildings of its 31 colleges covering about half of the city’s real estate. It’s not all punting on the River Cam, bike rides, and cobbled streets, though (although they’re a massive pull) – the modern side of Cambridge has earned it the nickname ‘England’s Silicon Valley’.

Travelling from London to Cambridge

Once you join the M11 on the edge of East London it’s only an hour heading north to get to Cambridge.

The prestigious, world-famous University of Cambridge dates back to the 13th Century, and much of the city’s history is entwined with the college buildings, from St John’s 16th Century Great Gate to King’s Gothic Chapel (home to the famous choir and its evensong). But, like many English towns and cities, its first settlement dates all the way back to the Romans. If you want to be surrounded by stunning historic buildings, Cambridge is the place.

When to visit Cambridge

In March and April there’s the interdisciplinary Cambridge Festival incorporating the previous science festival and festival of ideas, run by the University. In May there’s the Cambridge Beer Festival, which started in 1974. In July there’s the famous Folk Festival, as well as the family-friendly Big Weekend featuring famous performers on Parker’s Piece.

Where to stay in Cambridge

Fancy a cosy cottage, or a great value hotel room, or a city centre pad for your stay? You’ll find all kinds of holiday accommodation, hotels and apartments in Cambridge. Place yourself right by the River Cam for fast access to punting, or close to the major museums. Wherever you choose, make like the locals and bring your bicycle to get around the city easily.

Things to do in Cambridge

Naturally, lots of attractions are attached to the University, including all manner of museums plus the Botanic Garden. Head to Fitzwilliam Museum for a free day out reminiscent of London’s British Museum. For retail therapy visit Market Square – traders have used it since the Middle Ages – or the designer and high street brands in Grand Arcade. Feast on famous Chelsea buns at Fitzbillies, a firm favourite since the 1920s, and raise your glass in The Eagle, the 14th Century pub where Watson and Crick announced they’d discovered the structure of DNA.