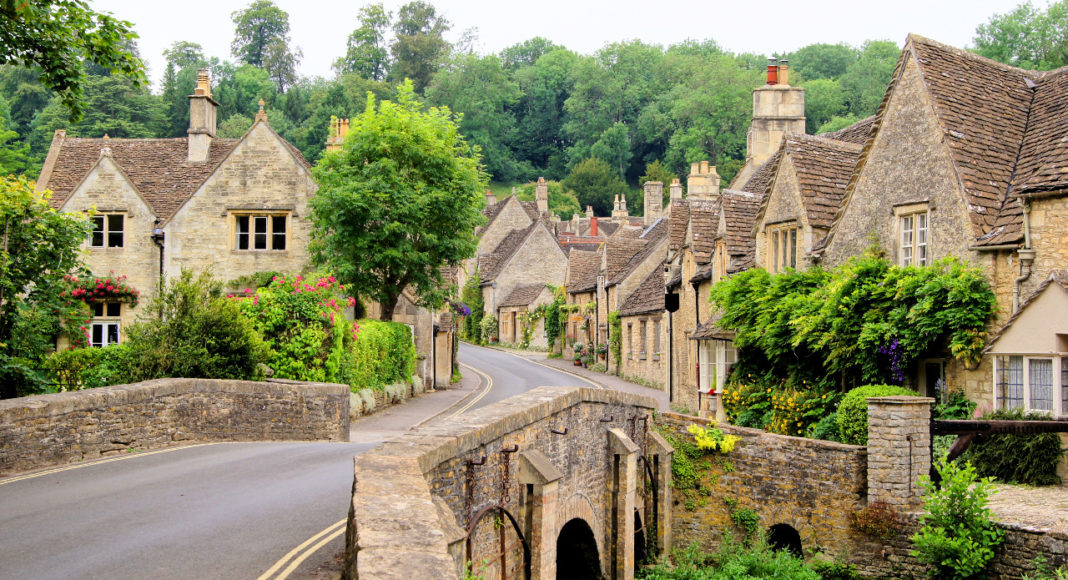 A designated Area of Outstanding Natural Beauty, the Cotswolds is home to charming villages, rolling hills, historic market towns and beautiful honey-coloured stone. Located between Stratford-upon-Avon and Bath and covering nearly 800 square miles, there’s so much to see and do in the Cotswolds, whether you’re into nature reserves, grand palaces, lakes or arboreta.

Travelling from London to Cotswolds

Head west from London along the M40 and A40 and it’ll take you about 2 hours to drive to the Cotswolds, depending on which village or town you choose as your base.

From its importance in the English Civil War to its wool trade, the Cotswolds has a rich heritage. Thanks to its rolling hills that are the perfect home for grazing sheep – including the local breed the Cotswold Lion – the area became known as a source of excellent wool in the Medieval period. This led to many grand houses being built for the successful merchants, many of which use the honey-hued, fossil-rich Cotswold limestone, which is unique to the area.

When to visit Cotswolds

Where to stay in Cotswolds

Choose from a long list of holiday accommodation, hotels and apartments in the Cotswolds district, whether you’re after fine hotels with spas in fashionable market towns or private self-catering cottages in quaint villages that welcome all the family – including the furry members.

Things to do in Cotswolds

Base yourself in the buzz of Cheltenham, Gloucester or Cirencester, or stay close to ancient woodlands and rural villages. Be amazed by grand estates like Blenheim Palace, Sudeley Castle and Highgrove Gardens – home to Prince Charles’ private residence. Surround yourself with trees in Batsford Arboretum or the National Arboretum at Westonbirt. Marvel at the Cotswold stone model village and rivers of Bourton-on-the-Water – the Venice of the Cotswolds. Take a ride on the Cotswolds heritage steam railway from Toddington to Cheltenham. There are all sorts of parks to explore, too, including farm, wildlife, skate and water parks.