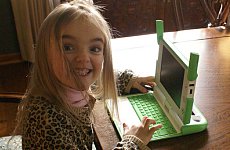 INTERNET shopping is beating the credit crunch, with Monday chalking up the biggest web sales figures of the year.

Known as “Mega Monday”, the first Monday in December has something of a reputation for breaking internet sales records and this year is no exception.

IMRG say that £320 million was spent online in the UK two days ago, up 14 per cent from 2007. There was even a Mega Minute when over a million pounds was taken online in the minute ending at 1.02pm, presumably something to do with lunchtime.

As if all this weren’t enough for sales-record fans, the prediction is that more records will tumble next week.

“We may even see next Monday being bigger still, which would be the first time ever that the third Monday in December marked the year’s peak,” the IMRG source said.