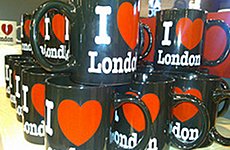 LONDON house prices have held up more than anywhere else in the UK and now there’s evidence that Londoners have also avoided the worst of the recession when it comes to dating.

Between 2010 and 2011, only three areas of the country – London, Northern Ireland and Wales – posted increases for money spent on going on a date. Overall, the UK saw an 18% fall in dating-spending in 2011, according to a survey by Twoo.com.

“Judging by these results, the typical British date must be more like a pint of lager, a packet of crisps and the nightbus home,” said Lorenz Bogaert, boss of Twoo.com.

London is also in the top group for the amount spent per single-person on dating throughout the year, including buying clothes for that special night out. Nine per cent of London singletons said they spent more than £1000 on dating in 2011 but, perhaps surprisingly, there were more grand-plus dating-spenders in both Scotland (17%) and the East Midlands (14%).

Still, London was the only area to finish in the top three in both categories and with Britain as a whole ahead in dating spending than most other countries in Europe, London love-seekers have a claim to be the most generous of all.

The survey results say that 18% of British singles spent less on dating in 2011 than in 2010, while in Sweden and Turkey around a quarter of respondents had felt the need to cut back.

Star Trek Convention Heads for London with All Five Captains on...

Mamma Mia! the Winner That Takes it All