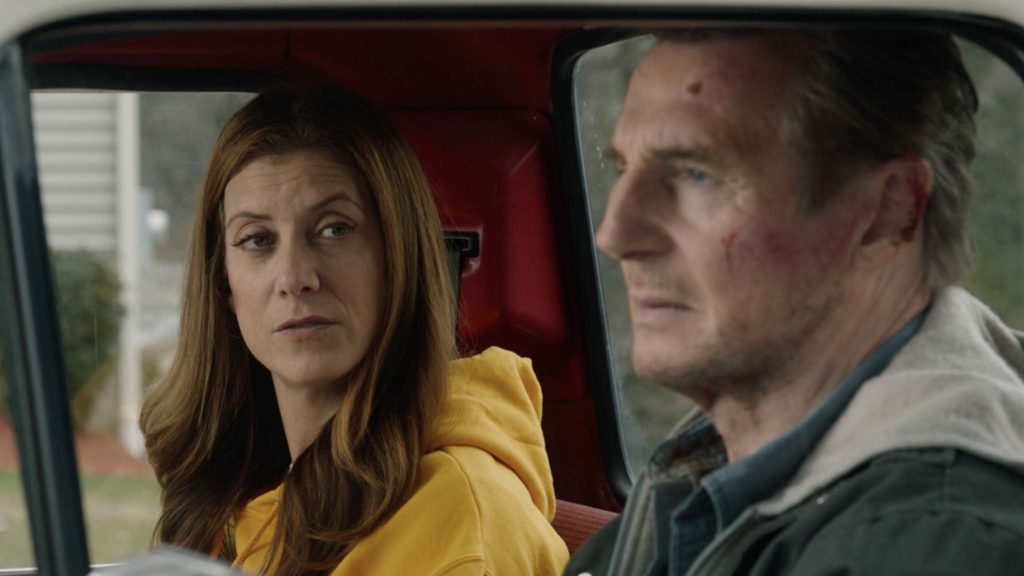 Brilliant thief Tom Carter has managed to keep his identity secret from the police while stealing millions of dollars from 12 banks in seven states. When he falls head over heels in love with Annie Sumpter, Tom decides the time has come to finally share his life with another person. He turns himself in and promises to return all the money in exchange for a reduced sentence. Corrupt FBI agents John Nivens and Ramon Hall take advantage of the situation.

Find Honest Thief in the cinemas


Comedy Of The Week 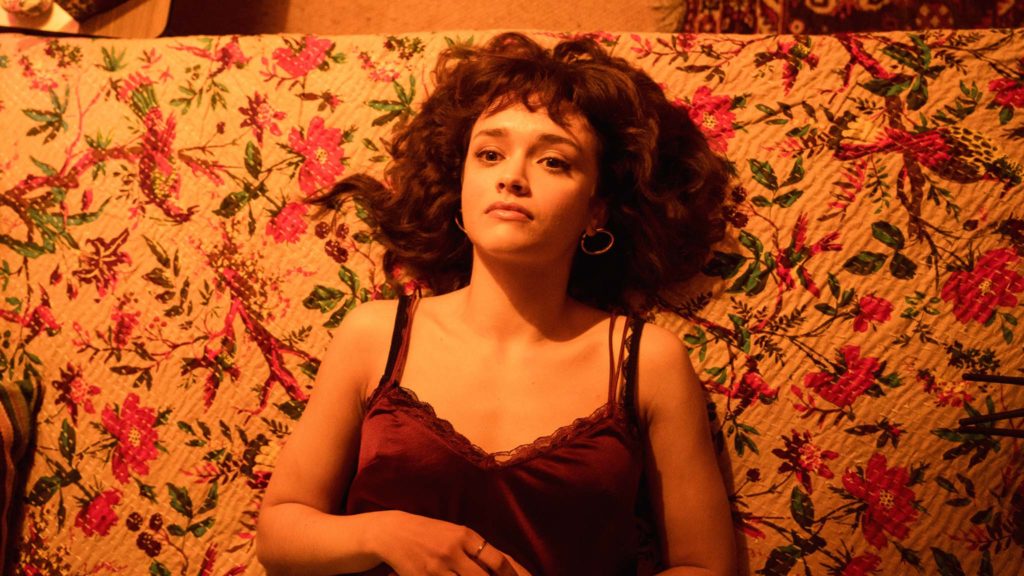 Once upon a time in the west of Ireland, Pixie plans to avenge her mother’s death by masterminding a heist with smitten boyfriend Colin and his pal Fergus. The two men don animal masks and interrupt a drug deal in a church. Bullets fly and copious blood is shed, ruining Pixie’s plan to escape Sligo. The stolen narcotics tumble into the possession of nice guys Frank and Harland. They give Pixie a second chance to start afresh in San Francisco by selling the MDMA to drug dealer Raymond Donnelly.

Find Pixie in the cinemas 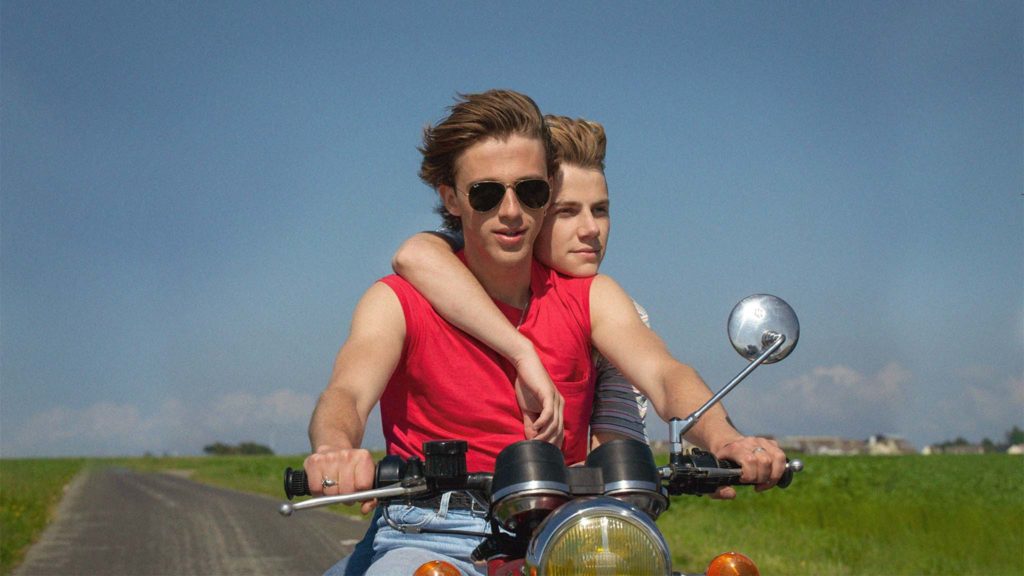 Sixteen-year-old Alexis Robin prefers to think about death rather than engage with the living. He takes out a sailing boat and capsizes but is rescued by a muscular young man called David. The strapping saviour takes Alexis under his wing and their friendship quickly develops into something deeper and more passionate. As the sun beats down on Alexis and David, the lovers enjoy motorcycle rides and the company of a pretty English tourist called Kate.

Find Summer Of 85 in the cinemas

All My Life (TBC)

Gifted chef Solomon Chau falls deliriously in love with Jenn Carter. As the couple plan their wedding, Solomon suffers crippling stomach pains and is rushed into hospital. A scan reveals that he has advanced liver cancer.

Find All My Life in the cinemas

An award-winning documentary, which follows high school seniors from Texas as they gather for an annual week-long program to create their own state government. Students canvas for votes from peers, putting their personalities and convictions on public display.

Find Boys State in the cinemas

Find A Call To Spy in the cinemas

A film director returning home to his small Sicilian village after more than 30 years absence. Looking back on his magical childhood, the director remembers his friendship with Alfredo, the ageing projectionist at the Cinema Paradiso picture palace.

Find Cinema Paradiso in the cinemas

Best pals Mike and Kyle fall out in spectacular style and drift apart. While Kyle recovers with the help of his family and finds love with high school sweetheart Marissa, Mike has no emotional support. He descends into a deep depression and turns to the bottle to dull the pain.

Find The Climb in the cinemas

Lily struggles to fit in at her new school. Three classmates, Frankie, Lourdes and Tabby, show her immense kindness and perform a ritual that confirms Lily as the fourth member of a coven of teenage witches.

Find The Craft: Legacy in the cinemas

A group of British Army officers take part in a survival exercise on the Scottish Highlands. Midway through the operation, Sergeant Wells and his men stumble on a pile of human remains. Soon after, the soldiers come under attack from giant, wolf-like creatures.

Find Dog Soldiers in the cinemas

Viktor Sergeyevich travels to America to visit his daughter and is horrified to learn that his grandson Paul speaks Russian but is clueless when it comes to age-old traditions and customs. Meanwhile, Igor attempts to escape his past in eastern Europe by rechristening himself Jason.

Find Goodbye, America in the cinemas

Bol and Rial escape war-torn South Sudan in the hope of a stable future in Britain. They are eventually allocated a home to call their own. The peace and security they crave is supplanted by fear because Bol and Rial become convinced that they are not alone in the house.

Find His House in the cinemas

Alonso Santos is determined to make his fortune in Mixed Martial Arts (MMA) where only the toughest competitors survive with the help of coach Antoine Kante. Outside the ring, he faces a battle to tame his Dissociative Identity Disorder, which has given birth to an alternate personality.

Find Huracan in the cinemas

Criminal mastermind Professor Marcus plans a daring security van robbery at King's Cross train station with his associates. The men rent a room close to the station from elderly and eccentric landlady Mrs Wilberforce and pose as a string quintet to avoid raising their hostess' suspicions.

Find The Ladykillers (1955 Version) in the cinemas


Max Winslow And The House Of Secrets (12A)

Find Max Winslow And The House Of Secrets in the cinemas

During 15 seasons playing professional basketball, Brooklyn-born Michael Jordan was instrumental in popularising the sport outside America. This documentary explores the darker side of Jordan's rise to fame in a volatile climate of racial inequality.

Find One Man And His Shoes in the cinemas


Raise Hell: The Life And Times Of Molly Ivins (TBC)

Born in Monterey, California and raised in Texas, Molly Ivins was unafraid to speak her mind as a newspaper columnist and commentator. This documentary pays tribute to the media firebrand, who exposed corruption, challenged convention and proudly upheld the right to free speech.

Find Raise Hell: The Life And Times Of Molly Ivins in the cinemas

On October 30, 1959, saxophonist Ronnie Scott welcomed local musicians to a small basement club in the heart of London. This documentary surveys the past 60 years and celebrates the men and women, who were instrumental in the club's success.

Find Ronnie's in the cinemas

On the eve of Partition in 1947 India, Mary loses her pampering parents to the ravages of cholera. The spoilt orphan is sent to live with an uncle she has never met, Archibald Craven, in his mouldering country pile on the wind-swept Yorkshire Moors.

Find The Secret Garden in the cinemas


Superpower Dogs: The IMAX Experience (U)

This immersive IMAX documentary travels around the world to meet remarkable dogs, whose incredible courage and bravery have saved lives. The gifted four-legged superheroes include puppy Halo, who is a rookie in one of America's elite disaster response teams, and avalanche rescue dog Henry.

Find Superpower Dogs: The IMAX Experience in the cinemas

A sobering assessment of the Trump administration's handling of the Covid pandemic. Filmed under a cloak of secrecy over several months, this documentary stitches together news footage, expert opinions and evidence from exhausted healthcare workers and whistleblowers.

Find Totally Under Control in the cinemas

The giant ark is adrift on open seas with best friends Finny and Leah safely on board. Alas, food stocks are running low, jeopardising the fragile peace between carnivores and herbivores. Fate cruelly intervenes and washes the two plucky youngsters overboard.

Find Two By Two: Overboard! in the cinemas