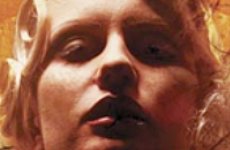 TURANDOT, Puccini’s unfinshed opera – the one that includes Nessun Dorma – opens at the Coliseum tomorrow, complete with a new ending created by whizzkid director Rupert Goold.

“Sometimes finishing a work is more challenging than starting one,” says Goold, who has started more than his fair share in recent times, including the timely financial-disaster play, Enron, currently on at the Noel Coward Theatre.

Goold has form for adding his own bits and pieces into famous works.

“At Headlong, my theatre company, we have hacked into Marlowe’s Dr Faustus, and have tacked on all manner of strange additions to Pirandello,” he told The Guardian.

“Fatal” is putting it mildly. The plot of the opera has Chinese princess Turandot set would-be suitors three riddles. Get them right, you win her hand in marriage; get them wrong and death is your reward. She gets through quite a few hapless heros before Calaf unwraps the riddle.

“[It] has been seen as a result of Puccini’s infatuation with a young maid in his household, which caused his wife to turn vengeful and led to the servant’s suicide,” says Goold.

After his run of all-round acclaim, Goold will be hoping the critics don’t turn against him come the end of this week.

Turandot tickets are still available; it opens on 8 October 2009 and runs until 12 December, taking in only 14 performances.