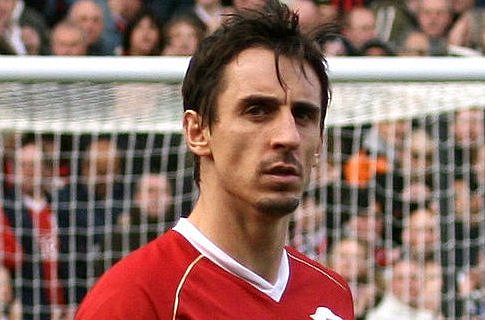 Ryan Giggs and Gary Neville are to open a 120-seat football-themed cafe in the East End.

The Manchester United stars won’t be frying eggs themselves, but are instead on the board of a company planning to open a chain of ‘Cafe Football’s around the country, starting with one in Westfield Stratford set to serve its first cup of tea in November.

Though midfielder Giggs and former full-back Neville won’t be brewing up, their business partner Stuart Procter revealed that they have been “picking the cutlery” and, despite the name, Cafe Football looks like it won’t go too heavy on the theme, at least as far as the decor goes.

“The restaurant will offer a twist on football, but there’s not going to be a football shirt in sight,” said Proctor.

Going by the pictures on the website of a cake covered by football-pitch icing, it’s the food itself that is to have the football twist.

The pair also have ambitions to extend the Cafe Football brand into the hotel market, by launching a series of ‘Hotel Football’s, the first next to United’s Old Trafford stadium in Manchester, probably including hair-dryer treatments.

“We have lived and breathed every element of this for a considerable time now and have been involved in every detail, every step of the way,” said Giggs.