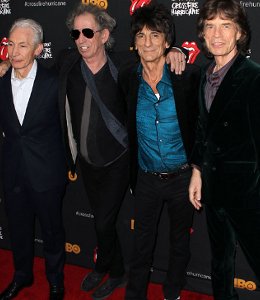 THE ROLLING STONES and Coldplay are the latest acts to be lined up for a spot at the London Olympics.

Back in February this year, the Stones said they had no plans to tour ever again, so the Olympic gig could be one of the last times the legendary group appear live.

Last week, we brought news that the Spice Girls and Girls Aloud aimed to be part of the 2012 Games celebrations and Girls Aloud could still have a role, alongside the Stones and Coldplay in a special gig at the O2.

“The promoters are only looking to book massive, show-stopping acts,” a source told The Sun.

“[Girls Aloud] would tick the pop box while The Rolling Stones would appeal to a much wider audience.”

In contrast, the Spice Girls are angling for a spot at the opening ceremony at the Olympic Stadium itself, though both the Stones and Coldplay are stadium rock veterans.

“Singing at the Games is a great idea and would be an amazing opportunity,” said Geri Halliwell.

Tube and Bus Fares Frozen from Next Year