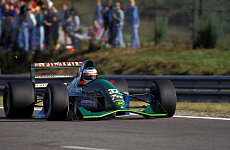 MAX MOSLEY has won his privacy court case against the News of the World.

At the High Court this morning, Mr Justice Eady ruled that the Sunday tabloid had breached the privacy of the Formula 1 motor racing boss after the paper reported on Mosley’s bizarre sexual game-playing.

But the victory was compromised to the extent that Eady ordered only UKP60,000 in damages to Mosley, despite the latter’s demand for exemplary punitive damages.

Mosley’s father, Oswald, was the leader of the main British fascist party in the 1930s and Max himself stood for election for an extreme right-wing party in the 1960s.

London Commuting Times Are Down for Men, but Up for Women