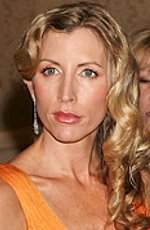 A source said: “Heather reckons she has been very badly treated so she wants to redress that balance and change people’s perceptions.”

Louis, who previously made a documentary about Michael Jackson, has expressed interest in exploring Heather’s bitter split from The Beatles legend.

He said: “Heather would be a fascinating person to meet. She needs to show her side of the story, which, for one reason or another, isn’t coming through.”

Meanwhile, Heather – who vowed to give a “large majority” of her £24.3 million divorce payment to charity – has promised to give $1 million of vegan burgers and hot dogs to poverty-stricken families in New York.

She said at a meat-free barbeque in the US city on Saturday (20.09.08): “I want to help make sure they have as many nutritional advantages as anyone else.”

The three years’ worth of “meatless meats” will feed people living in Hunts Point, which has one of New York’s highest rates of childhood obesity and asthma.

Buy Life Balance: The Essential Keys to a Lifetime of Wellbeing at Amazon >>

London Rail Fare Rises of 13% will ‘Price People out of...