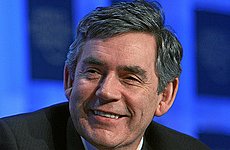 LABOUR will help one plucky punter from south London win £75,000 if they beat the bookies odds and triumph in today’s general election.

Despite polls predicting a Tory victory, a William Hills customer in Clapham has plonked £5,000 on a return to 10 Downing Street for Gordon Brown.

“It was the biggest bet struck yet on Labour.”

The Prime Minister might take some solace from the extraordinary wager on the basis that the expression “Man on the Clapham Omnibus” used to denote your ordinary, middle-of-the-road Londoner.

That said, Clapham has changed and, with odds of 14/1 against a Labour majority, Brown and his punter pal needn’t get too excited.

“We’re beginning to see the big punters making their moves, as we expected in this record-breaking election in which £25 million is riding on the outcome,” said Sharpe.