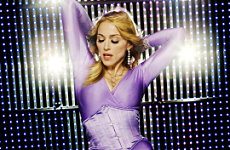 Madonna is furious that her explicit love letters may be made public.

The Give It 2 Me singer has reportedly instructed her lawyers to stop the organisers of new exhibition Simply Madonna: Materials of the Girl from displaying the racy notes.

Madonna sent the 17 letters – which include photographs – to her then-boyfriend James Albright in the 90s and signed some of them Spanky, said to be a reference to her fondness of being spanked during sex, while others include a lipstick kiss.

A source said: “Who would want private sentiments to someone they loved revealed? Lawyers sent a warning. She hopes it will work.”

The show will open in East London next February, and will include some of the most iconic stage outfits she has worn during her 25-year career.

Among the 300 items going on show are the pink dress the singer wore in the Material Girl video, and the evening dress from the 1996 film Evita. A black bustier she modelled in her ‘Open Your Heart’ video and the wedding dress she wore during her ‘Like a Virgin’ tour will also be displayed.

Exhibition Curator Ted Owen said: “This is an unprecedented collection of Madonna memorabilia, that represents every stage of her glittering career.

“These are museum-quality pieces – but they will be presented in keeping with the glamour and sense of theatre that the queen of pop has made her trademark – and Madonna fans should be very excited indeed.”