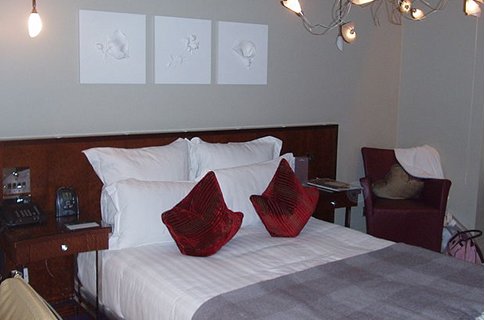 London hotels have cut room rates in the last year and seen a hefty boost to business over the same period.

“This is a strong performance in London,” said Robert Barnard of BDO LLP.

“Operators are skilfully using selective price discounting to contribute to top line growth at a time when the operating environment is beginning to show signs of improvement.”

Those price-discounts from London hotels are likely to continue as the after-effects of last year’s Olympics continue to be felt.

“London’s performance may suffer from unfavourable comparisons with last year’s Olympics-inspired success, but the city’s fundamentals are likely to remain sound for the remainder of 2013,” added Barnard.

Beckhams, Harry, Gordon Up for Sale