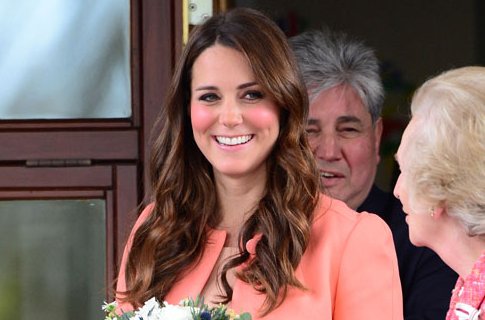 The Duchess of Cambridge gave birth to a baby boy this afternoon, at 4.24pm, it was announced tonight.

The baby, who weighed in at 8lb and 6oz, immediately becomes third in line to the UK throne behind granddad Prince Charles and William. His name has yet to be released.

The Duchess, formally known as Kate Middleton, is said to be “doing well”. William was said to have been at her side throughout the birth, taking his leave only to inform his mum, the Queen, of the new birth on the baby’s arrival.

Kate made her way to the St Mary’s Hospital maternity suite in Paddington early this morning and was reportedly admitted through its back door at 5.30am.

A royal spokesperson said: “Mother and baby are doing well.”

During the day, thousands of well-wishes and the world’s media gathered outside both St Mary’s and Buckingham Palace to wait for a chance to raise a glass in tribute to the new princeling/princess-to-be. In fact, alcohol consumption is set to be rise across the country on account of the new-born royal.

“There is likely to be a small lift to alcohol sales as some people will want to toast the royal baby,” said Howard Archer, of IHS Global Insight.

London is ‘Psychologically Separate’ from Rest of UK