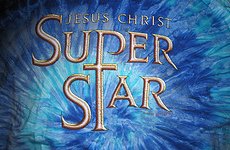 LORD ANDREW Lloyd-Webber is to revive Jesus Christ Superstar and plans to launch a search-for-a-star TV show to cast the part of Judas Iscariot.

The musicals supremo will head up the judging panel in the planned show, which will be on ITV.

Previous Lloyd-Webber productions – Joseph and his Amazing Technicolour Dreamcoat, The Sound of Music, Oliver! and Wizard of Oz – based on the search-for-a-star format were all on the BBC.

A source said: “He has been wanting to get this off the ground for some time but the BBC just didn’t want it.

“They had issues about auditioning for Jesus. They feared Christians would get hot under the collar. The Beeb also kept getting flak for effectively promoting Andrew’s commercial interests.

“ITV chief Peter Fincham is close to Andrew’s people and has been desperate to do something with him for ages. Now it’s finally happening.”

However, the new show has already run into problems as composer Tim Rice – who wrote the lyrics for the original production – is not said to be keen on the idea.

The source added to The Sun: “He is not a massive fan of TV musical shows, he’s old school. It could be a sticking point.”

ITV have ventured into similar shows just once before, but the 2007 programme Grease Is The Word failed to impress viewers and was panned by critics.

Co-producer Simon Cowell said at the time: “‘Grease Is The Word’ is not going as well as I had hoped.

“It’s been slaughtered by critics and rightly so.”

Livingstone Out to Tackle Youth Crime