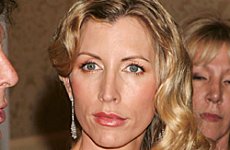 HEATHER MILLS is “deeply dismayed” by her divorce settlement and is considering an appeal.

The former model – who split from Sir Paul McCartney in 2006 after four years of marriage – is said to be unhappy with her reported UKP25 million payout and the arrangements for the couple’s four-year-old daughter Beatrice.

A source told the Daily Mirror: “Heather is not at all happy. She expected to get more money than UKP25 million otherwise she could have settled months ago.

“But it’s not really about the money. She is more upset about who will care for Beatrice if both she and Paul died. They both want different people to look after her, and it appears Paul has got his way.

“Heather is considering carefully about whether she should go to the Court of Appeal. She knows it is the last thing Paul would want but she is also aware and would mean months more of legal wrangling.”

Heather, 39, is believed to be desperate to keep the settlement details confidential as she fears Paul, 65, will be seen as the winner. The Beatles legend has reportedly said he is happy for the payout to be made public. His legal team has allegedly branded Heather’s privacy request “ironic” after she previously refused to agree to a ‘gagging clause’ preventing her from discussing the pair’s relationship.

A source said: “Heather is having second thoughts about confidentiality as she fears the judge’s decision may be unfavourable to her. Paul is happy with the outcome and believes he will emerge from the divorce untarnished.”

Heather – who represented herself in the court battle – has already been given UKP2 million in cash as an interim payment. The pair’s divorce battle has been one of the costliest in UK history. Legal bills alone are expected to reach UKP10 million.