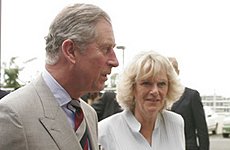 LONDON’S over 50s are to be told to sort out their sex lives and rediscover condoms in a new campaign that aims to reverse the massive rise in STDs among our older citizens.

“The problem is that lots of people over 50, single or dating, don’t think safer sex applies to them,” said a spokesperson for the FPA (as the Family Planning Association now likes to be called).

“After the menopause, when pregnancy isn’t a concern, using condoms can be easily forgotten about. Result? STIs are making a comeback in a new generation.”

And what a comeback it has been.

In all age groups, London is way ahead of the rest of the country as far as STIs and STDs go, with more than double the infection rate in most categories of disease and infection.

That means it’s odds on that the capital’s over 50s have been more frequent visitors to the clinic than elsewhere. In the light of the stats, the FPA are to launch a campaign targeted at older generations.

Posters will appear in London and the rest of the UK showing people in cheesy 70s style clothing, with the slogan: “Remember wearing this?” followed by a photo of a condom next to the pay-off line, “Then remember to wear this”.

Ken Livingstone Takes Poll Lead over the ‘Mayor of the 1%’