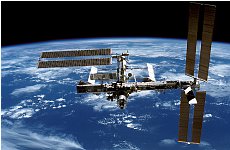 A NEW British space programme could include manned missions to the heavens by 2012.

Science Minister Ian Pearson today backed an expansion of Britain’s existing non-manned space programme and his department is to look into the costs of launching astronauts into the black beyond, as part of a comprehensive review of the country’s ambitions by the British National Space Centre.

“What we want to do is review the situation to make sure the UK does not get left behind,” said Pearson. “The new UK Civil Space Strategy sets out a path to increase the UK share of this growing international sector.”

Manned space flight has been ruled out on cost grounds for 40 years and it is not the centrepiece of the new review – that will look mainly at how a new space centre in Oxfordshire can use satellite technology to monitor global climate change – but the fact the astronaut door has finally been opened has sparked hope among scientists.

“There’s a realisation in the community that the next stage towards human spaceflight is to try and cost it out, so hopefully the review will achieve that,” said Ian Crawford, of London’s Birkbeck College, who advocates for starters a four-man mission to the International Space Station (pictured).

Crawford, who works with the BNSC, wants selection for astronauts to start in 2010, making the 2012 date a possibility, though any budding space travellers should be aware that it they probably wouldn’t see the London Olympics from up there.