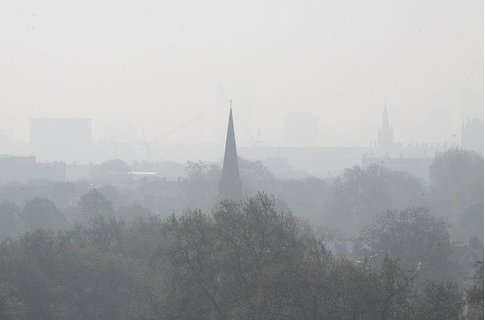 Boris Johnson has been accused of “ducking responsibility”, after the London Mayor said he would leave sorting out London’s illegal levels of air pollution to his successors.

Though the Mayor announced today that central London would become an ultra-low emissions zone, there was a sting in the tail for environmental campaigners – the zone won’t come into operation until 2020.

“Leaving it as a project for the next Mayor to deliver is a way of ducking responsibility for the problems we’re facing now,” said Jenny Jones, a Green Party member of the London Assembly.

“We have argued for years that an ultra low emission zone was essential.

“It’s already too late for our breaking the European legal limits, but if we are to clean up London’s dirty air we need this zone now. I urge the Mayor to be brave and make the big changes happen by the end of this year.”

In similar vein, Simon Birkett of tClean Air in London said: “We have been calling for one or more inner low emissions zones for five years, so a plan to implement it in seven years’ time is too late.

“He’s coming up with a wish list for other people to do, or for the next mayor.”

London has long been one of the most polluted cities in Europe, but that could change in a decade’s time if Johnson’s plans are taken up by his successor, who would assume office in 2016. Johnson has already ruled himself out of running again for London Mayor.

“My vision is a central zone where almost all the vehicles running during working hours are either zero or low emission,” said Johnson today.

As a first step, Transport for London-run buses in central London are to go low and non-emission by 2015.

* Johnson is under fire from his own Tory government for more dithering, this time for not spending over £100 million to help London infrastructure construction.

Boyzone vowed to “out-sex” Take That