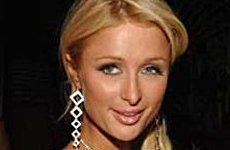 PARIS HILTON has ruled out making a play for newly single Prince Harry, on the grounds she “loves” the royal’s ex, Chelsy Davy.

“I wouldn’t try anything [with Harry]”I she said. “I love Chelsy. I think she’s so sweet.”.

The heiress was reported to have tried to get off with Harry at a club last year, but later became pals with Chelsy.

Rumours of bi-sexuality have dogged Hilton for years.

There is said to be a tape of her in a compromising position with a Playboy model doing the rounds and last year witnesses claimed to have seen her getting close to House of Wax co-star Elisha Cuthbert.

Last week, there were allegations that Hilton was more than close to her girl friend, Cheyenne Tozzi.