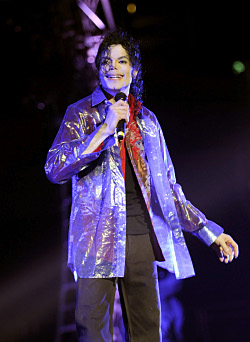 MICHAEL JACKSON is already third in the list for top earning dead celebrities, despite only meeting his maker a few months ago.

Jackson’s estate has earned $90M since his death in June, says Forbes, mainly the result of payments received for the rights to the This Is It film, which opened this week.

That’s well behind Saint Laurent, whose beyond-the-grave earnings for the last year were calculated at £350M and Rogers and Hammerstein ($235M), but some distance ahead of Elvis, who came fourth with a $55M haul.

Lennon was the top British music man on the list, raking in $15M, but the top British earner in all categories was Lord of the Rings author JRR Tolkein, who earned $50M.