MENUMENU
Home Entertainment Friendly Fires give away On Board for free 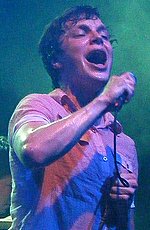 FRIENDLY FIRES are to chuck in a free single for fans who go to their gig at the Coronet next month.

The single comprises a new version of On Board, which was on the band’s first album and released as a single back in 2007, as well as a remix by Joakim Bouaziz, whose own new album, Milky Ways, came out a couple of months back.

After being handed out at the 11 December concert, the vinyl single will be on sale in record shops.

Tickets for the Coronet gig can be booked here.

Kelly Brook: the heavier I am, the more I like my...