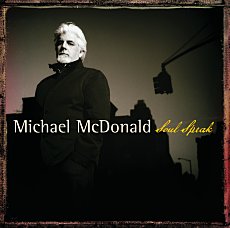 The lead off track is Jackie Wilsons’ Your Love Keeps Lifting Me Higher – which is already a huge hit at radio in the US. Love TKO by Teddy Pendergrass; Walk On By by Dionne Warwick; Into The Mystic by Van Morrison, Living For The City by Stevie Wonder, Redemption Song by Bob Marley and more. McDonald’s three new tracks on the album are Only God Can Help Me Now, Enemy Within and Can’t Get Over You (Getting Over Me)