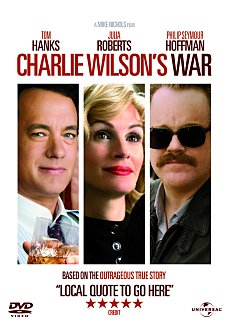 Charlie Wilson’s War, the multi award nominated true tale of the playboy congressman who engineered the biggest covert operation in US history, is available to own and rent on DVD and HD from June/July 2008. Exceptional performances from Oscar® winners* Tom Hanks, Julia Roberts and Philip Seymour Hoffman and brought to the screen by Academy Award®-winning director** Mike Nichols and screenwriter Aaron Sorkin, make this DVD a must own for all discerning film fans!