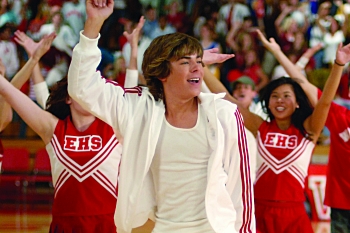 Lives: At home with his parents and younger brother Dylan

About his pets: “My dogs are crazy. They’re always getting into some kind of trouble… but then again, they’re my most loyal friends.”

Favourite music: Anything but Country music

Instruments: Plays the Piano and is teaching himself to play the guitar

Most prized possession: Autographed baseball collection. “I’ve got almost every player from the GIANTS for the past 10 years, except Barry Bonds! I’m working on that”

Spends his spare time: Fixing up two cars -a Delorean and ’65 Mustang convertible, both treasured hand-me-downs from his even-more-treasured grandfather

Acting credits: Zac appeared on-stage in “Peter Pan,” “Auntie Mame”, “Little Shop of Horrors” and “The Music Man”. He had guest parts on numerous television series including “Firefly” (2002), “ER” (1994), “The Guardian” and “Summerland” (2004) where he joined the regular cast as girl-crazy Cameron Bale. He also starred as an autistic child in the television movie “Miracle Run” (2004).