Anti-cuts protesters must be fed up with the Egyptians.

They think up all these crazy stunts to get publicity – like dressing up as doctors and nurses to raid tax-shy company Boots – and then people over there get on all the news channels just by standing in a square, dressed perfectly normally.

A rule of thumb is that the less popular your cause, the more whacky needs to be your schtick, which is why the pro-Mubarak supporters rode into downtown Cairo on a herd of smelly camels.

To be fair to the anti-cuts campaigners, in contrast to the camel-botherers, they aren’t allied to a nasty dictator who has your finger nails pulled out and they are, in fact, planning a million-plus London demo for 26 March.

It’s probably not right up there with the NHS and schools, but one of the cuts is set to be to Boris Johnson’s promise – made less than a year ago – to bring in free Wi-Fi across London. Instead, it looks like it’s been narrowed down to the Olympics site and The City.

We’re all in it together etc. It’s enough to give anyone the right hump. 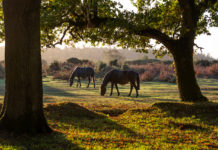