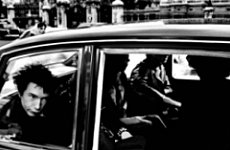 It’s heresy for any Londoner to hold such thoughts, but in honour of the truth it must be said that museums are daft.

They serve no purpose, other than being one of the few physically impressive, public and calming places to hang about in if you don’t go to church.

But, if you want to know about history or science; read. If you want to see what dinosaurs looked like; watch TV.

Museums make what’s in them dull, because they lack motion. Big blue whale should be wicked-awesome, but suspended in stillness he just looks clumsy.

That’s the basis of my fear for The Clash legend Mick Jones’s new exhibition, in which he has laid out loads of momentoes of his life, such as lyric sheets, plane tickets and VIP badges.

“It’s a way of finding out if all this stuff from the 20th century means anything in the new century,” says Jones. “Ultimately, I’d like to have a permanent place to exhibit the whole collection like a museum.”

Sorry Mick, but this stuff doesn’t mean much – plane tickets! – it’s the music that speaks through the ages.

There’s always an exception to the rule and opening at the same time as Jones’s effort is an exhibition called The Peter Kodick Years, in which many of the photographer’s prints from his punk stint are on display.

There are some brilliant shots that manage the impossible; conveying the exact excitement of movement and moment and getting me to overcome my gallery/museum bigotry.

The Peter Kodick Years is on at Proud Camden’s South gallery until 29 March.

Rock and Roll Public Library appears at the Chelsea Space until 18 April.