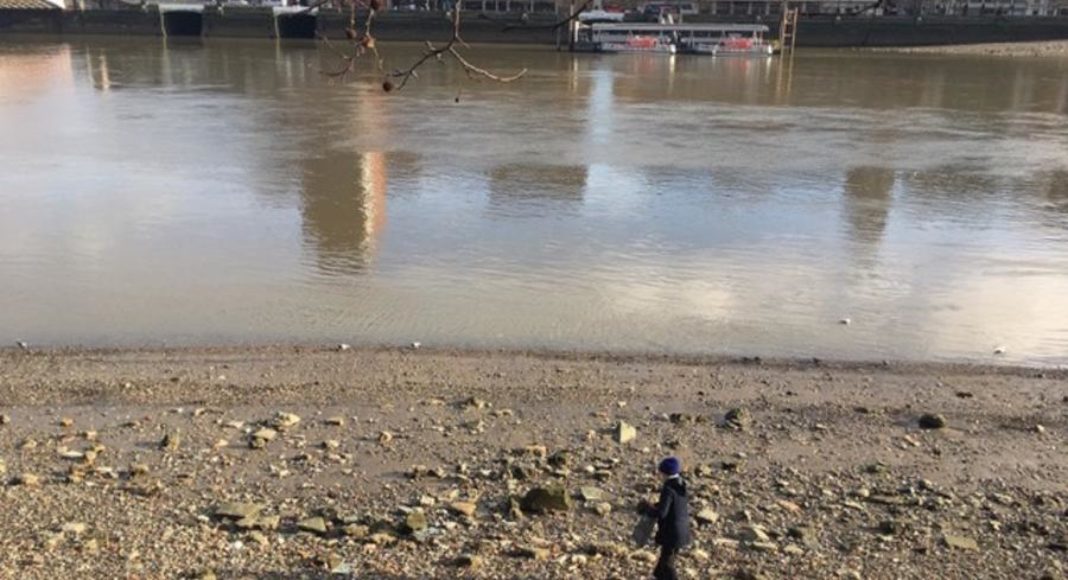 Exhibition 26 February-5 April Wednesday-Sunday, 11am-5pm. Opening Sunday 1 March 14.00-17.00 Closing Sunday 5 April 14.00-17.00 14.00 Reflections on Deep Time Deposits with Tuula Narhinen 15.30 Rainmaking with composer Tytti Arola and performers The second recipient of the Below Zero Finnish Art Prize, Tuula Narhinen, understands water as a dynamic agent and a naturally occurring archive of the Anthropocene. In a quest to 'fathom the subconscious of River Thames', Narhinen builds a portrait of this central waterway with reference to 19th century photographic chemistry and to the layers of deep time embedded over thousands of years and visible through fragments preserved in London's unique, anaerobic river-mud. The artist has been researching human anthropogenic impact on the Baltic Sea and other waterways for many years; poetically transforming her findings into artworks. During her UK residency, Narhinen works every day on the Thames foreshore in the tradition of the London Mudlark making a daily selection from the rich pickings of flotsam and jetsam to be found on London's beaches. The artist immediately exposes her finds to natural light, on paper she has prepared with compounds used in early photography and processes her images back at the gallery. Narhinen's process is a tribute to the English botanist Anna Atkins, who, between 1843-1852, used the cyanotype photogram 'blueprint' process to catalogue British algae. It was within this mid Victorian time period that the Lambeth Ragged School (now Beaconsfield Gallery Vauxhall) was built and the Doulton's Lambeth Pottery was flourishing on the Albert Embankment, making ceramic pipes for London's new sewage system. Narhinen is also using contemporary Royal Doulton crockery to experiment with mud chromatography in A Nice Cup of Thames Low. Simultaneous with the fieldwork, Narhinen builds her image of the river in Beaconsfield's Upper Gallery. The artist will formally present her reflections on Deep Time Deposits: Tidal Impressions of the River Thames on the final day of her exhibition, followed by a collaborative Rainmaking performance with the Finnish composer Tytti Arola.