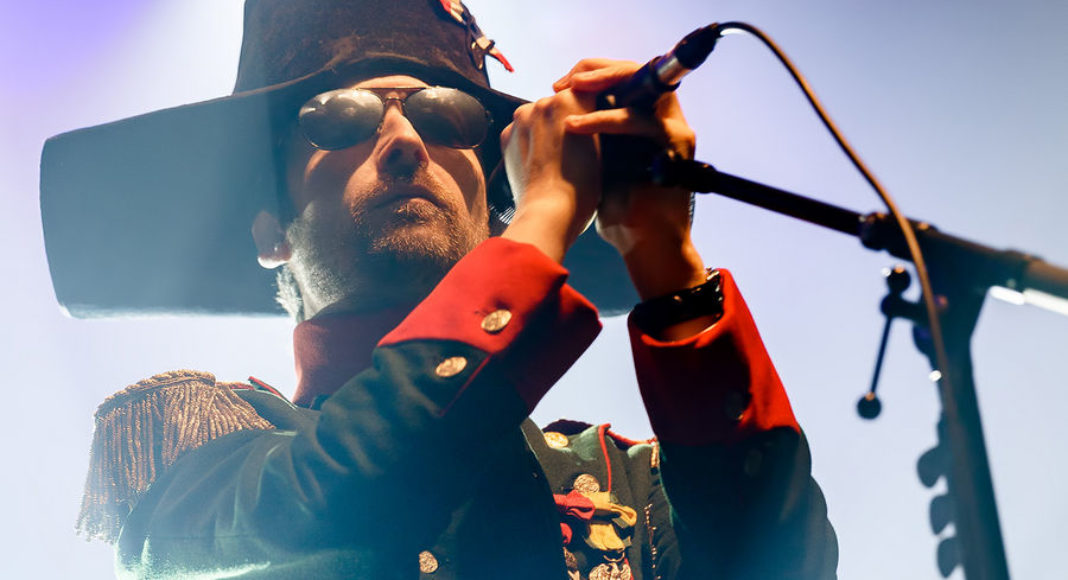 The alternative pop outfit from Northern Ireland led by singer-songwriter Neil Hannon celebrate their 30th anniversary, which includes the release of the career-spanning box set Venus, Cupid, Folly And Time.

Formed in Enniskillen, Northern Ireland in 1989, it's remarkable that orchestral pop collective The Divine Comedy have endured in the notoriously fickle music industry. Front-man Neil Hannon leads his acclaimed ensemble on the road once more to perform tracks from their latest album, Office Politics, as well as classic hits, including National Express.

The Divine Comedy - who have had 9 top 40 hits - is the alias for Neil Hannon, a British pop singer/songwriter akin to a 'chamber pop' fusion of Scott Walker, Morrissey, and Electric Light Orchestra. During the early '90s, he built up a strong cult following with a pair of idiosyncratic, critically acclaimed records before his third album, Casanova, became a mainstream success in the wake of Brit-pop and Pulp's popularity. "Becoming More Like Alfie" and "Something for the Weekend," both pulled from Casanova, became hits after receiving significant airplay from Radio 1. In 2010, The Divine Comedy released their tenth album charting in the top 20: 'Bang Goes the Knighthood' Hannon has had many successful side projects , providing music for the popular series of Father Ted and The IT crowd, contributing vocals to Tom Jones' cover of Portishead's track: ' Reload' as well as Ute Lemper's album Punishing Kiss. He has more recently been working on the soundtrack with Stuart Murdoch from Belle and and Sebastian on his film God Will help the Girl.