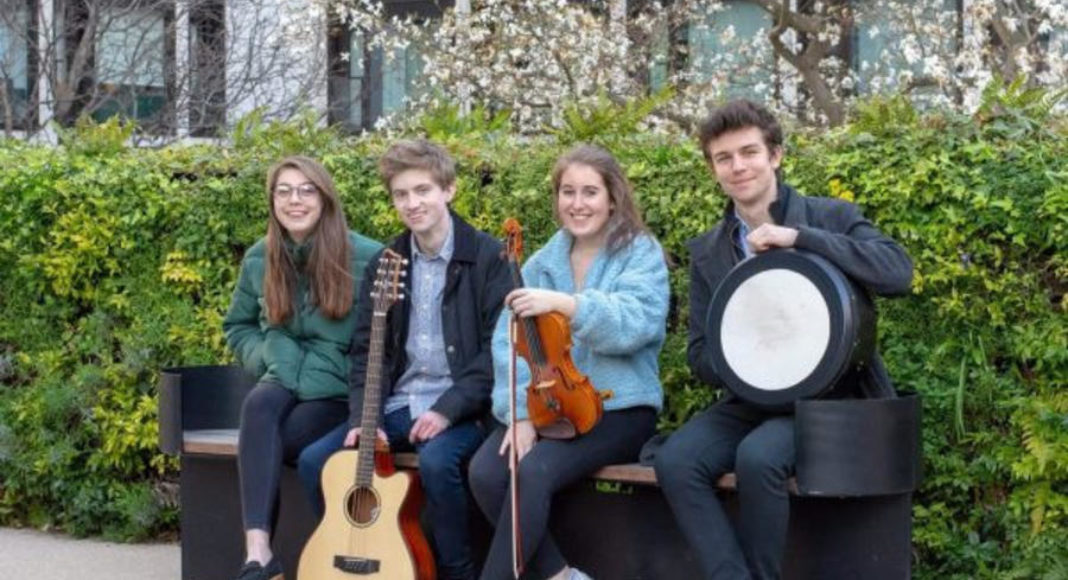 STROMA is a new folk band from London specialising in exciting ceilidhs and dynamic tunes. Stroma's events feature traditional and new folk music from the Scottish, Irish and English traditions, presented on acoustic instruments with a striking contemporary edge. The band features students and alumni of some of the most well-respected music schools in the UK, and they are highly skilled musicians across folk, acoustic, world and classical genres. With fiery fiddle, driving guitar/bouzouki and rhythmic bodhran amongst other instruments, Stroma's vibrant and energetic live performances have already earned them a strong reputation across London and beyond. Between them, the members of the band have performed at many of the UK's biggest folk festivals as well as making appearances at the BBC Proms, London 2012 closing ceremonies, NaTrad Awards, Edinburgh Fringe Festival, Wigmore Hall, Cadogan Hall and many other iconic venues. Bringing together this wealth of experience and multitude of influences, combined with a shared passion for folk and traditional music, Stroma are definitely ones to watch.