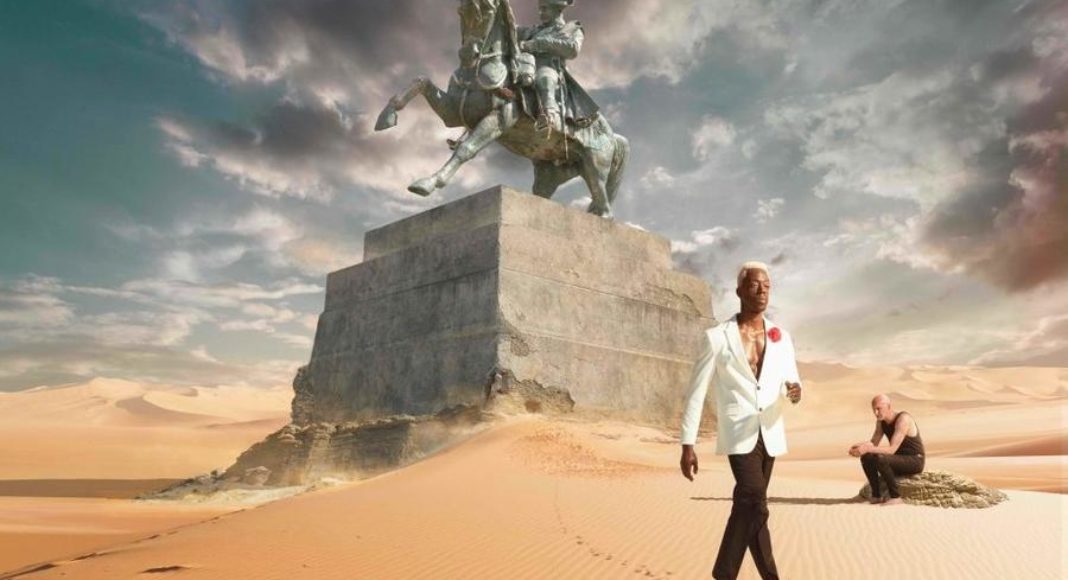 The feature film The Last Faust was released in late 2019, becoming Philipp Humm's first step in the creation of an entire body of work incorporating film, painting, photography and sculpture - each ingredient an artwork in its own right and the body of work presenting an extraordinary, ambitious and visionary achievement. Humm's works have reinvented and re-imagined Goethe's Faust intellectual relevance for the 21st century, touching on classic and extremely contemporary issues of corruption, love and power, through to current references such as Harvey Weinstein and Silicon Valley. Faust remains one of the most relevant and dramatic heroes in culture - the story of a German necromancer and/or astrologer who sells his soul to the devil for knowledge and power. Goethe's interpretation saw Faust as noble, and his pursuit of knowledge as central to the tale - the ramifications of man's drive for power and thirst for knowledge create extreme scenarios but with Faust's resolution reached through redemption with God. Humm uses Goethe's narrative as the compass for his own retelling, drawing on theology, mythology, science, and literature. The concept of total work of art - Gesamtkunstwerk - was conceived by Richard Wagner, as he modernised the concept of opera to realise that all elements of culture connected and spoke to each other, and that the work created the drama in its telling, rather than the other way around. The Last Faust Gesamtkunstwerk at Bermondsey Project Space includes a collection of striking fine-art photographs that Humm produced alongside his partner, photographer Daniele Mah, in adjacent studios during film production. Each scene, figure and costume is exactingly designed by Humm. The photographs will be shown alongside drawings, watercolours, oil paintings, sculptures and film clips, giving the first insight to the multiple elements in the ambitious project. While some of the images followed Humm's original pencil drawings, he redesigned others around the natural evolution of the project as a whole. The result is a powerful collection of vivid and surreal images that push the boundaries of photography in order to fully capture Humm's vision for The Last Faust.