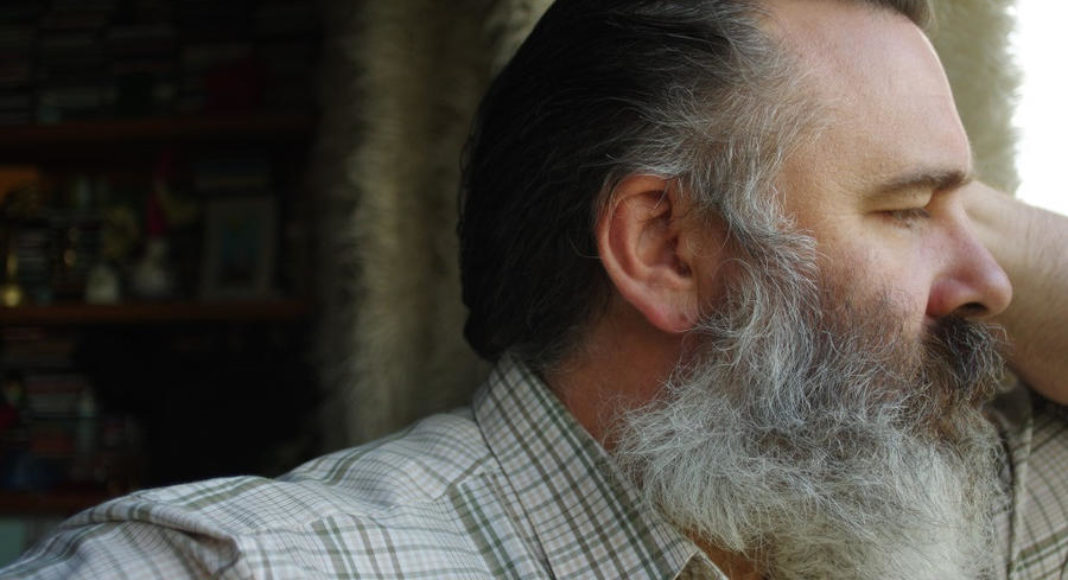 Born in Birmingham, and raised on a diet of Rock'nRoll, Elton John, Black Sabbath and Sinatra, Paul moved to the Isle of Wight aged ten where he soon took up bass and joined a punk band. Spending his teens playing every style of music imaginable proved a solid grounding that would later prove invaluable. After a few years in revolutionary eastern Europe, Paul Armfield returned to his beloved Isle of Wight in the early 90's to get married, have children, sell books and write songs. His first album Songs Without Words was released in 2003 to wide critical acclaim, his voice being compared to the likes of Cat Stevens and Nick Drake and the music being described as Folk Noir. A big fan of Scott Walker Paul was likewise applauded for his renditions of Jacques Brel chansons as well as his own lovelorn, poetic songs. In the four years since the release of his 6th album 'Found', Paul Armfield has been devoting all his energies to managing an arts centre. Job done, he's back to making music. 'Domestic' is his recently recorded album, a collection of songs that pivot around the theme of 'home', whether this be the four walls that surround you, the country where you were born, or the continent of which you are a resident. Place, belonging, allegiances, and mental states are all explored with a deft and playful use of language. The musical accompaniment reflects the mature and serious nature of the subject matter and is performed with a beautiful lightness of touch by a trans european cast of musicians: Italian Giulio Cantore on guitars and cavaquinho, Johann Polzer plays the drums, and his fellow German Max Braun plays bass as well as producing the album. The songs were recorded in Stuttgart and a release is scheduled for September 2020.