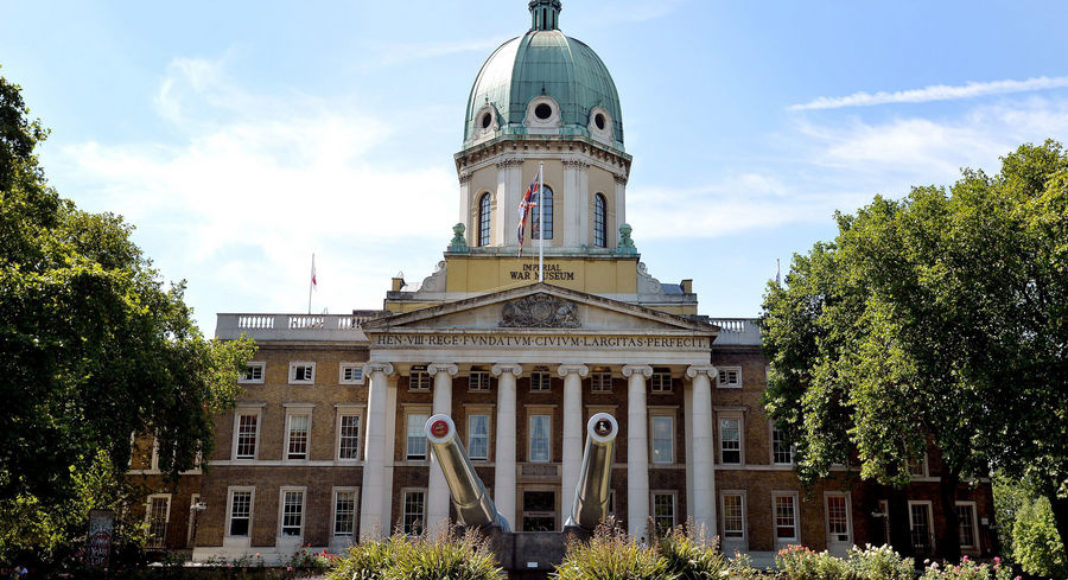 
Museum devoted to British and Commonwealth involvement in military operations since August 1914.

A museum devoted to British and Commonwealth involvement in all military operations since August 1914, including an extensive collection of tanks, planes and submarines. The museum also offers special events and workshops during school holidays.

Opened in its present location on July 7, 1936, by the Duke of York, the Imperial War Museum records British and Commonwealth involvement in all military operations since August 1914. The extensive collection of tanks, planes and submarines includes a Supermarine Spitfire Mark IA and a four-inch gun from the destroyer HMS Lance, which fired the first British shot of the First World War.

In 1917 the Cabinet decided that a National War Museum should be set up to collect and display material relating to the Great War, which was still being fought. The interest taken by the Dominion governments led to the museum being given the title of Imperial War Museum. It was formally established by Act of Parliament in 1920 and a governing Board of Trustees appointed. The museum was opened in the Crystal Palace by King George V on 9 June 1920. From 1924 to 1935 it was housed in two galleries adjoining the former Imperial Institute, South Kensington. On 7 July 1936 the Duke of York, shortly to become King George VI, reopened the museum in its present home, formerly the central portion of Bethlem Royal Hospital, or 'Bedlam', thanks to the generosity of Lord Rothermere. The museum was closed to the public from September 1940 to November 1946 and vulnerable collections were evacuated to stores outside London. Most of the exhibits survived the war, but a Short seaplane, which had flown at the Battle of Jutland, was shattered when a German bomb fell on the Naval Gallery on 31 January 1941 and some of the naval models were damaged by the blast. At the outset of the Second World War the Imperial War Museum's terms of reference were enlarged to cover both world wars and they were again extended in 1953 to include all military operations in which Britain or the Commonwealth have been involved since August 1914.