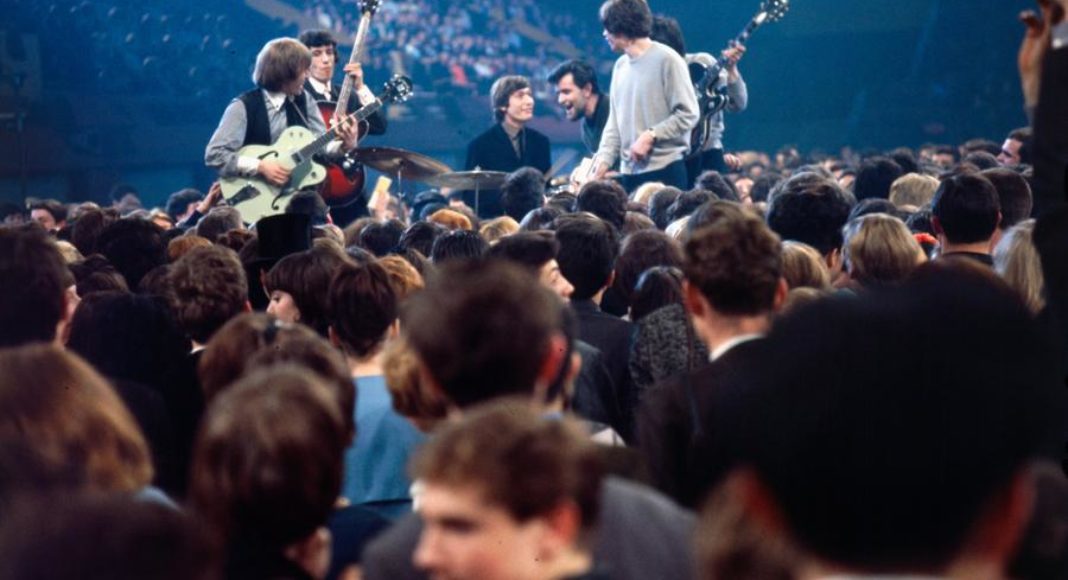 
More than 100 photographs of pop and rock artists in performance at The SSE Arena.

More than 100 photographs of artists in performance, from The Beatles and The Rolling Stones to Kendrick Lamar, illustrate 60 years of The SSE Arena, Wembley, as London's iconic music and live entertainment venue.

Heroes - The Exhibition, at Getty Images Gallery, Wembley Park opens on 28 November as the second of a yearlong programme of exhibitions presented by the curatorial team at Getty Images Gallery. This new photography exhibition exploring 60 years of The SSE Arena, Wembley as London's iconic music and live entertainment venue includes work by famed photographers Michael Putland and David Corio, including images from the renowned Redferns Collection. Sourced from the world-renowned Getty Image's archival and contemporary libraries, it will feature over 100 photographs of artists at London's iconic music and live entertainment venue. From The Beatles and The Rolling Stone's in the 1960s, to present day chart-toppers Kendrick Lamar, Queens of the Stone Age and The Prodigy. Key photography features performances by the genre-defining David Bowie and Leonard Cohen; the first headline rock show performed by T-Rex; the band holding the record for the most rock performances, Status Quo; Alice Cooper, who has so far performed in every decade since the 1960s; the female performer with the most performances, Whitney Houston; American pop superstar Prince, who played 35 concerts at the venue; iconic performances by Queen; and more recent performances by chart topping acts such as Taylor Swift, Beyonce and Rhianna. Alongside photography of era-defining concerts, the exhibition showcases behind-the-scenes imagery from sound checks to crowd interaction, photocalls and artists leaving their handprints in the Wembley Park's famous 'Square of Fame'. Presented in a variety of formats, Heroes - The Exhibition will present the venue's musical history in a relaxed format enabling music fans to experience concerts in a more in-depth and engaging way. All photography is available to buy from Getty Images Gallery.