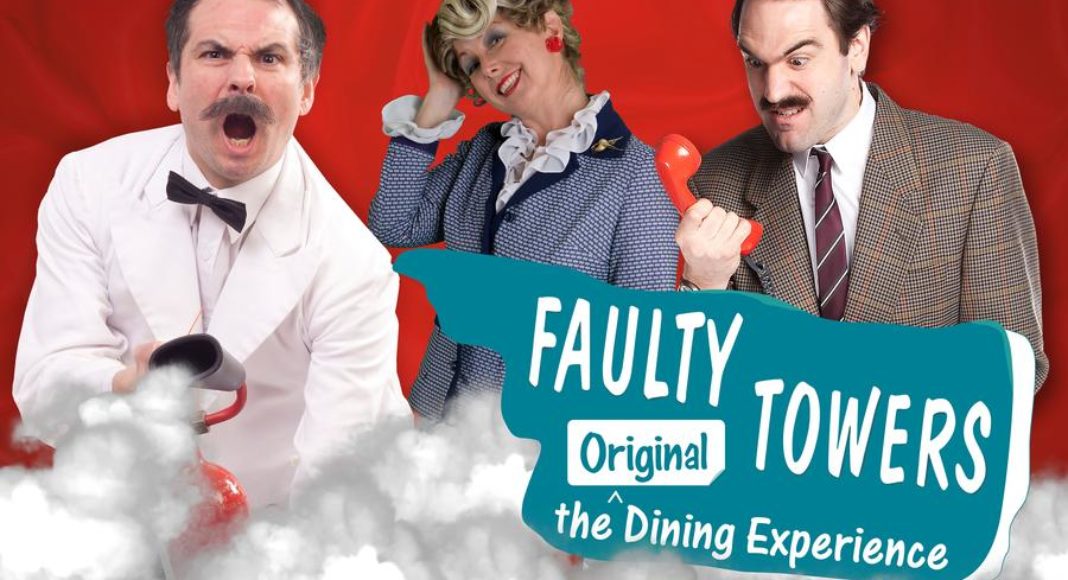 Faulty Towers The Dining Experience in London The world's most successful tribute to the BBC's iconic sitcom continues its eighth year in London's West End. New from March: in addition to its regular six performances every week, extra Wednesdays have been added for March and April; tickets for the summer season are now open to end September, and a special Mother's Day weekend promises special pricing and a gift box of chox for mum. This is the show that started 23 years ago, the comedy spectacular that helps audiences step inside the TV show and see it from the inside out! Highly interactive and fully immersive, it's also 70% improvised, tempting audiences to play with Basil, Sybil and Manuel as they serve a 3-course meal. With two hours of comedy, three courses of food and five-star reviews, expect chaos, laughs, and a brilliant night out - or lunchtime! Faulty Towers The Dining Experience is a one-of-a-kind original that's highly acclaimed by audiences and critics alike, internationally recognised as 'outrageously funny' (BroadwayBaby). In London, it's a proud member of TripAdvisor's Hall of Fame, specially reserved for holders of TA's Certificate of Excellence for five years on the trot. With 23 years' continuous critical and audience acclaim and over a million tickets sold, it is clear that this is officially the world's most sought-after tribute to the BBC's Fawlty Towers and the most successful interactive comedy show of its kind. - evenings Wednesday-Thursday-Friday-Saturday at 7:30pm; doors open 7:00pm. - early evenings Sunday