The Many Saints Of Newark (15) 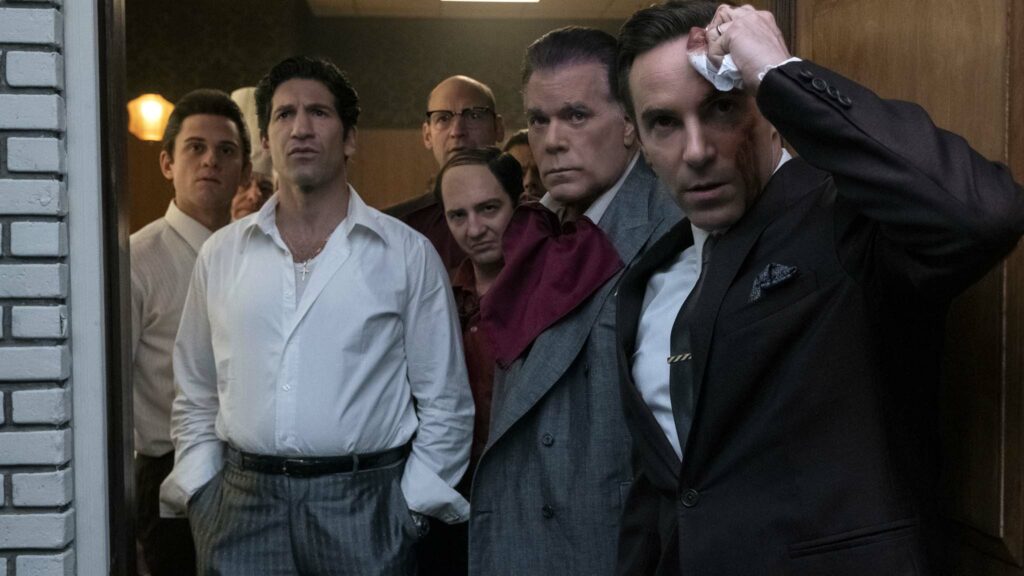 The DiMeo crime family’s vice-like grip on the increasingly race-torn city weakens as impressionable teenager Anthony Soprano becomes a man. The youngster looks to his idol and uncle, Dickie Moltisanti, for guidance as rival gangsters jostle for supremacy and blood ties are severed in dramatic fashion. Operating under Dickie’s influence, Anthony witnesses the brutality first-hand and takes tentative steps towards becoming an all-powerful mob boss.


Fantasy of the Week 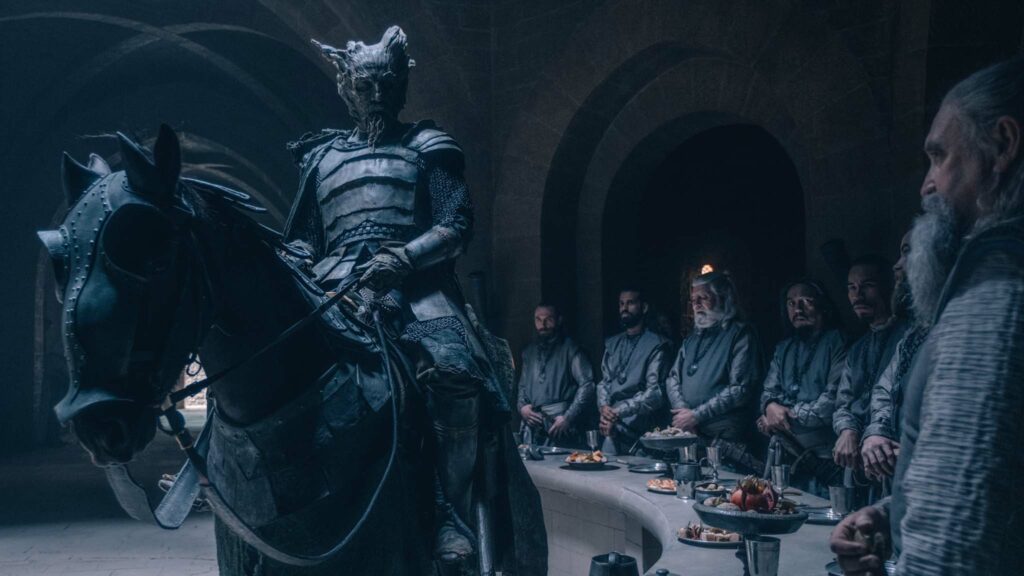 King Arthur presides over Camelot but his reckless nephew Sir Gawain has yet to taste adventure. The mysterious Green Knight, who has been magically summoned by sorceress Morgan le Fay, barges into the royal court and invites the knights of Camelot to claim his green axe as a prize by striking one blow, in return for a single blow one year later. Gawain impetuously accepts the challenge, blind to the dire consequences of his actions.

Find The Green Knight in the cinemas 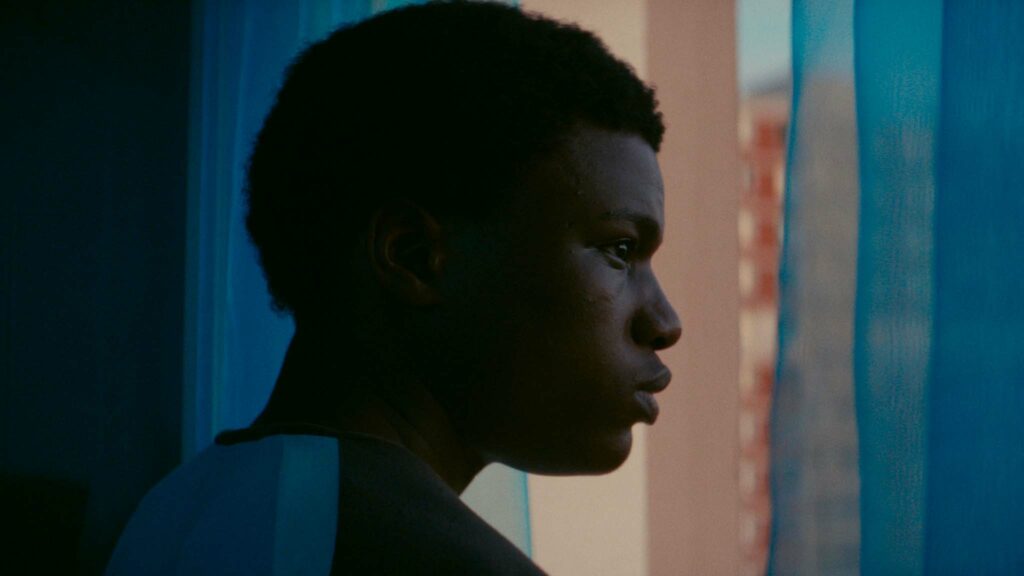 Sixteen-year-old Youri has been abandoned by his mother and lives alone in the Cite Gagarine housing project in Ivry-sur-Seine, where he indulges a fascination with astronomy with his telescope. The apartments are threatened with demolition so Youri, best friend Houssam and Roma girl Diana scavenge for supplies to fix problems in the building to stave off the inevitable. Alas, residents are served with an evacuation order and must vacate within six months.

Find Gagarine in the cinemas

Twenty-three-year-old Canadian rock climber Marc-Andre Leclerc has accomplished some of the boldest solo ascents in history but he is nomadic and publicity shy. This documentary portrait struggles to keep up with Leclerc as he prepares for a perilous ascent in Patagonia.

Find The Alpinist in the cinemas

Millionaire Chris loses his fortune in Canada and returns home to Wales, tail between his legs, to live with his parents. Angry and frustrated by the hand that life has dealt him, Chris licks his wounds while he works as a labourer at a local quarry owned by Billy McCrae.

Find The Ballad Of Billy McCrae in the cinemas

Dargye is a Tibetan shepherd, who has raised three boys with wife Drolkar. The Chinese government is enforcing quotas on family size so the couple are content to use birth control to tow the party line. Meanwhile, Drolkar's sister Shangchu turns her back on motherhood as a Buddhist nun.

Find Balloon in the cinemas

Padishah Emperor Shaddam IV fears the increasing power and influence wielded by Duke Leto Atreides, head of House Atreides. The emperor hatches a plan to install the duke and his kin on the desert planet of Arrakis to assume control for harvesting spice, which is vital for interstellar travel.

Sergeant Bill Miller is removed from active duty and transferred to a desk job with emergency services, who take calls from the public and decide if police or an ambulance should be dispatched. He connects a call from a distressed woman, who appears unable to talk freely.

Find The Guilty in the cinemas


The Man Who Sold His Skin (TBC)

Resourceful Syrian everyman Sam Ali is forced to abruptly leave Beirut. Far from home, Sam crosses paths with world renowned artist Jeffrey Godefroi, who offers to tattoo a Schengen visa across the refugee's back so can travel the world as a living, breathing contemporary art exhibit.

Find The Man Who Sold His Skin in the cinemas

Bond has bid adieu to active service at MI6 under M following the capture of arch-nemesis Ernst Stavro Blofeld. A tranquil new life in Jamaica is threatened by the arrival of dear friend Felix Leiter from the CIA. He needs Bond's help to rescue kidnapped scientist Valdo Obruchev.

In August 1996, the historic deer park of Knebworth House hosted 250,000 Oasis fans for two consecutive record-breaking shows. This documentary incorporates extensive concert footage with previously unseen material to relive that summer weekend through the eyes of fans in attendance.

In January 2015 following a terminal cancer diagnosis, neurologist Oliver Wolf Sacks CBE sat down with family and friends for a series of filmed interviews in his New York City apartment. This documentary draws on those 80 hours of interviews and archive material.

Find Oliver Sacks: His Own Life in the cinemas

Shivjit Singh Gill discovers that the live of his life, Bani has died in hospital. Love moves in mysterious ways and Shiv and Bani are gifted a second chance to play out their giddy romance, encountering new challenges and pitfalls along the way.

Find Qismat 2 in the cinemas

Emily Burns' 90-minute adaptation of Shakespeare's doomed romance directed by Simon Godwin was shot over 17 days under Covid-compliant conditions in the various spaces of the Lyttelton theatre. Romeo and Juliet fall madly in love and marry in secret.

Find Romeo & Juliet in the cinemas

Tina pressgangs her truculent teenager daughter AJ into a family holiday at a seaside holiday park with the rest of the clan including AJ's pregnant older sister Lucy and her boyfriend Steve, and younger sister Dayna. AJ braces herself for a hellish week until she meets holiday park lifeguard Isla.

Find Sweetheart in the cinemas

Disillusioned folk songwriter Tally is hired to clean a cliff-top house after the owner passes away and discovers a piano and an old tape recorder. The windswept location fires Tally's imagination and she records a single analogue copy of a new album.

Find The Tape in the cinemas