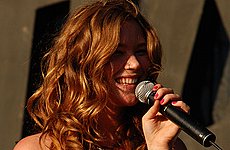 JOSS STONE and Carol Vorderman are two of the star names booked into the Dorchester hotel on Park Lane tonight to entertain a hundred of the world’s richest people at a Fortune Forum charity do.

Other talent set to turn up to provide glamour at the billionaires-only event include supermodel Mila Jovovich and The Alchemist author Paul Coelho.

The aim of the Forum is to persuade the government to hand out tax breaks in return for the super rich giving money to charity; under the scheme devised by top economist Sir James Mirrlees, donations towards the UN’s millennium development goals would be taken off donors’ tax bills.

“We’ve pitched it and we’re still in talks. The genius of this proposal is that it doesn’t cost the taxpayer anything.”

What Mehta means by that is that the government money used for the tax breaks would come out of the existing foreign aid budget.

The catch is that the donors would be in a strong position to dictate which projects get their cash – the Forum likes to stress “accountability” – which is another way of saying the super rich would get to decide Britain’s foreign aid policies.

The Fortune Forum has the support of some big hitters including UN Secretary-General Ban Ki-moon and Bill Clinton, though the former US President’s visit to a previous Forum event in London caused controversy when it was revealed he snagged £320,000 for his speech.

Rubber Ducks Go for World Record on the Thames