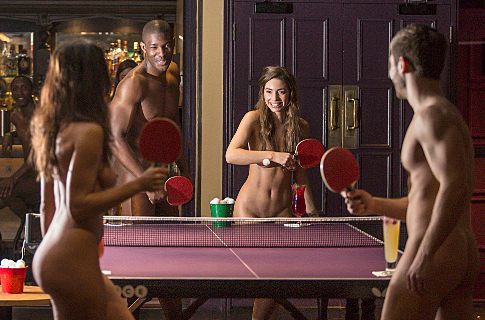 London ping pong venue Bounce hosted what is claimed to be the world’s first ever naked table tennis tournament this weekend.

A private room at the Holborn club – on the very same site where table tennis was invented in 1901 – was used for the liberating event.

“I think as a group of friends we are all much closer now. We try to do something a bit different every time we get together but this probably tops our list” he said.

“Despite being models we were all a little nervous at first but once we got into it there were no problems. I think we’ll be talking about it for some time to come.”

“There were four guys and three girls and I think I speak for the men in particular when I say I’m just glad it was warm in there.”

Bounce’s founder Adam Breeden indicated that the naked stunt might be just a teaser for even fruitier events in the future. “In the private room anything goes – I’m interested to see which booking will top a naked ping-pong evening.”

Boris Johnson: I Was ‘Hacked Off’, Met Chief Had to Go