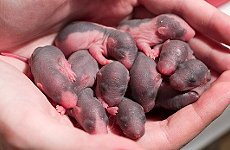 WEST END theatres are infested with mice and rats who ‘leave their faeces’, according to a new report by the actors’ union Equity.

In the survey, 75% of stage managers admitted their venues have vermin trouble and the little visitors appear to be star-struck as 66% of actors said they’d come across evidence of mice and/or rats.

“Our floors have been eaten by mice and they leave their faeces,” was one actor’s comment in the survey of 350 performers and stage managers.

A second actor said: “I had tiny bite marks on my lipstick recently when I left the lid off.”

“They eat through food packaging and even through one of the girl’s warm-up tops,” said another performer.

“I knew it was bad out there, but I am really shocked by this,” said Equity’s Christine Payne.

“These findings mean that tonight, over 600 actors and stage managers will go to work knowing that they will probably see and smell vermin, both living and decomposing, in their workplace.

“These appalling conditions must come to an end.”

Equity want increased thesp pest control, but that doesn’t look too likely, given the reaction to the report by the Society of London Theatre, the umbrella group for theatre owners.

“I’ve never heard anything so ridiculous in all my life,” said Nica Burns, president of SoLT.

“Do you know the mice population in London? It’s a known statistic. You are only 3ft away from a mouse. Every single theatre owner I know spends an awful lot of money on pest control contracts.”

Swan Upping on the River Thames – 900 years of swan-counting...