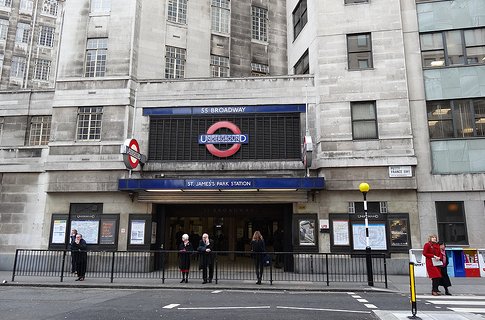 A new Tube map has been devised that shows the price of properties around London Underground stations in the centre of town.

Estate agents Wetherell and researchers Dataloft tracked the prices of two-bedroomed flats for both sale and rent near Tube stations over a year and then plugged the results into a regular map.

Unsurprisingly, the Knightsbridge station area turned in the most expensive figures, with an average sale price of £2.67 million while, at the opposite end of the scale, similar-sized flats around Kings Cross came in at £466,000. In terms of Tube lines, the Piccadilly is the priciest for property in central London, the Northern the cheapest.

“Its staggering to see that just a few stops along same the tube line can mean rises and falls in property values worth hundreds of thousands and even millions of pounds,” said Peter Wetherell, Wetherell’s MD.

Meanwhile, it was reported yesterday that London Underground’s head office at 55 Broadway – on top of St James’s Park station – is to be converted into flats and sold off.

With St James’s located between Victoria (12 on the Wetherell map) and Westminster (13), prices for a two-bedroomed flat could be expected to come in at the £966,000 mark, probably with a hefty premium on top for the historic nature of the building.

Thames Festival Brings Sand, Food and Fire to the Party

Elephants on Two-Month Parade Across London