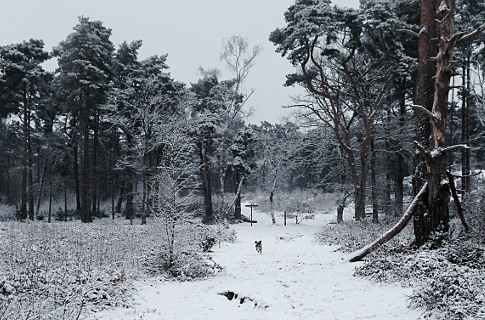 Large parts of London and the surrounding counties woke up to snow this morning ensuring widespread chaos on the capital’s transport links.

The early morning covering was followed by a dip in temperatures with snow turning to ice in many areas, causing roads to become even more dangerous. The M25 witnessed slow moving traffic and local roads were in gridlock at certain crunch points in the region.

South West Trains services were halted between Virginia Water and Weybridge thanks to a signal failure. Southeastern had more signal problems in the Faversham area and the West Coast Main Line was similarly hit with trains between London Euston and Milton Keynes delayed or cancelled in the morning.

Elsewhere in the UK temperatures dropped as low as -11C in Scotland. The Met Office predicts further snow showers tonight.