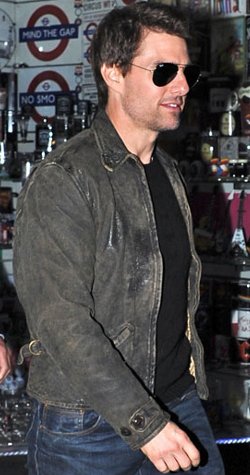 Tom Cruise has hired a luxury helicopter designed by Hermes to travel in while he shoots his movie All You Need Is Kill in London.

The chopper boasts a cream leather interior and noise-minimising walls to guarantee a quiet flight, at least on the inside. For those caught under its flight path, it could be a different story.

Cruise has previous for causing London traffic chaos from the safety of his chopper, having recently brought Trafalgar Square to a standstill as he filmed helicopter and tank scenes in the busy tourist destination.

Despite complaints, a spokesman for the City of Westminster insisted the disruption was worth it because the movie “raises the profile of the city and is good for tourism”.

Tom split from his wife Katie Holmes after five years of marriage earlier this year and the couple’s six-year-old daughter Suri flew to London from New York City to spend some quality time with her father last month.