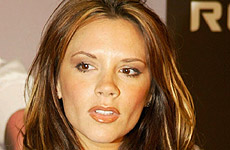 The Spice Girls have hired a state-of-the-art private jet to fly them around the globe for their forthcoming world tour.

The reunited girl group – Victoria Beckham, Mel B, Emma Bunton, Mel C and Geri Halliwell – are leasing a Boeing 757, which they haven christened Spice Force One.

The outside of the jet will be adorned with official Spice Girls reunion artwork, while the interior will boast a crÃ¨che and a make-up parlour.

The 757 will transport the girls – all of whom are mothers apart from Mel C – their families, management, wardrobe, make-up artists and bodyguards from venue to venue.

A source said: “Spice Force One will be a flying palace.

“Along with the immediate entourage, the girls will have a team of chefs and nannies who will be on hand 24/7 to feed and look after everyone on board.”

The luxurious jet will include a dining room, business centre, state-of-the-art bathrooms, a media centre and sleeping quarters.

As well as Spice Force One, the band are also set to hire two further jets – dubbed Spice Force Two and Spice Force Three – for their dancers, remaining staff, stage hands and equipment.

The hotly-anticipated tour starts in Vancouver, Canada, on 2 December and they will visit a host of cities including Los Angeles, New York, Madrid and Sydney.

Last week, the group added an extra seven London dates after the original concert sold out in 38 seconds.

4G Phones Will Be in the Shops by Christmas, Says EE