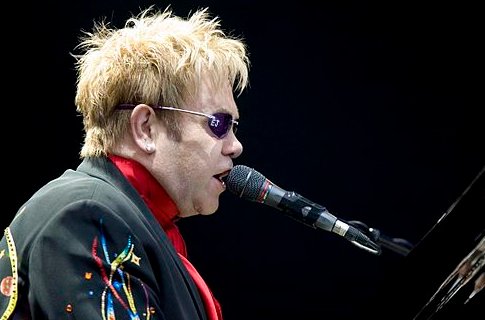 Sir Elton John, Arctic Monkeys and Pixies have been added to the line-up for this year’s iTunes festival at the Roundhouse in Camden in September.

“The iTunes Festival evokes the spirit of memorable gigs at the Roundhouse over many years,” said John.

“I should know, I’ve played a few there in my time.”

The Crocodile Rock singer was last at the venue for the BBC Electric Proms in 2010.

Others on the bill at the free festival include Jake Bugg, Jessie J, John Legend, Primal Scream, Robin Thicke, 30 Seconds to Mars and Justin Timberlake.

“This year’s iTunes Festival is the best ever with an incredible lineup of global superstars and stellar emerging artists,” said Eddy Cue, an Apple senior vice president.

Tickets for the iTunes Festival are free to winners of a special competition – details here – but the month-long event can also be seen live online or on iTunes itself.

Big Drop in Crime Rate for London and Rest of Britain