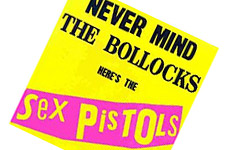 PUNK legends the Sex Pistols are to reunite for a show at the Brixton Academy later this year.

The gig will see all four original members of the group come together to mark the 30th anniversary of the release of Never Mind the Bollox’ Here’s the Sex Pistols, the album that sent shock waves through the world of music that reverberate to this day.

Paul Cook, Steve Jones and John Lydon, will be joined by Glen Matlock, who played with the band before being replaced by Sid Vicious, who took his own life in tragic circumstances.

Never Mind the Bollox’ is to be reissued as part of the commemorations, along with four of the group’s most famous singles, including Anarchy in the UK.