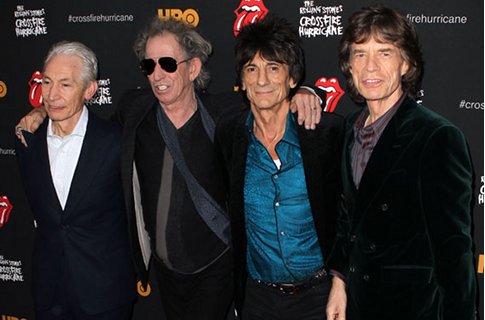 The Rolling Stones have shipped in a forest of 70ft model trees to Hyde Park ahead of their gig on Saturday (06.07.13).

The Brown Sugar hitmakers are aiming to recreate a similar woodland landscape they saw from the stage when they played at the London venue in 1969.

Huge oak trees have been placed on top of the stage, which will feature 10,000 branches to ensure the foliage blends in, and several bushes have put on the sound desk.

A source told The Sun: “When Mick and the band looked out from the stage back in the 60s all they could see was a sea of people and a load of trees, but many of those have been cleared or replanted since. So they want to recreate the woodland.

The Stones’ Barclaycard’s British Summer Time performance on Saturday will come almost exactly to the day – 5 July, 1969 – of The Stones in the Park, a free outdoor festival they headlined.

The group kicked off their set that day with Jagger reciting a poem in his famous white dress in honour of their former bandmate Brian Jones, who died in a swimming pool at his home just two days before, and the 69-year-old rocker hinted he might wear the garment again because it still fits.

He recently said: “I can still just about get into the zippers. I’m not really worried about that area.”

The Rolling Stones are thought to have invited Adele to perform with them at their two Hyde Park gigs on 6 July and 13 July. Tickets available here.