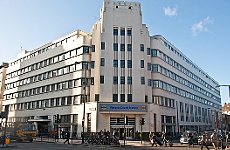 PRIVATE security firms are to be granted powers traditionally held by London’s police forces in a new government scheme starting in Victoria.

Ultimate Security Services have 15 guards ready for patrol duties at Victoria Coach Station, where, at first, they will have limited powers, such as the right to request names and addresses from criminal suspects and confiscate alcohol.

“The scheme will help to provide a safe and secure destination for all who live, work and visit the area,” said Ruth Duston of the Victoria Business Improvement District, which backs the policy.

Victoria’s scheme is part of a broader privatisation policy introduced by the government as it looks to cut back on policing coasts.

“The state will have to justify why it should ever operate a monopoly,” said Prime Minister David Cameron in February.

Earlier this month, it emerged that security company Garde UK aims to patrol Brentwood in Essex, charging residents £1 a week for the privilege, while calls to Cleveland’s 999 lines will soon go through to a private call centre instead of a police exchange.

One potential trouble spot for the emerging private police force is that it will be difficult to make a complaint stick, as private security companies won’t fall under the rulebook of the Independent Police Complaints Commission.

“The IPCC has no jurisdiction over private companies so if a member of the public does not get good service what are you going to do?” said Ben Priestly, of the Unison union.

Laser attacks on planes flying over London on the rise, new...