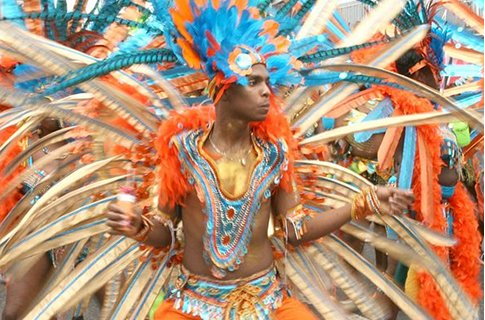 Notting Hill Carnival’s clean-up team will this Sunday attempt to break the record for returning west London’s streets to normal after the annual mass knees-up.

“We want to do our bit to help limit the impact the carnival has on our residents by making sure our teams return the streets to pristine condition in record time,” said Westminster councillor Ed Argar, who has predicted a sub-three-hour clean-up time.

“Although residents get prime viewing points for the carnival, the downside is that due to the sheer size and scale of the event, rubbish does inevitably end up on pavements and in their gardens.”

The Carnival clean-up team is 170 strong and boasts 60 vehicles to deal with the 200 tonnes of rubbish expected at the Bank Holiday event.

Before that, there are the usual tumultuous two days full of hundreds of thousands of people, hundreds of floats and dozens of sound systems pumped up for Londoners grown weary of a long hot summer.

Carnival Bands start their parade at both 9am Sunday 25 August 2013 and Monday 26 August, ending at 7pm on the Monday.

Warm-up party here and after-party there.

It’s worth bearing in mind that some stations in the area – such as Ladbroke Grove – will be closed for the duration of Carnival and others will be exit-only. Full details of the transport changes at tfl.gov.uk/nottinghill.

London and The Savoy pick up travel awards