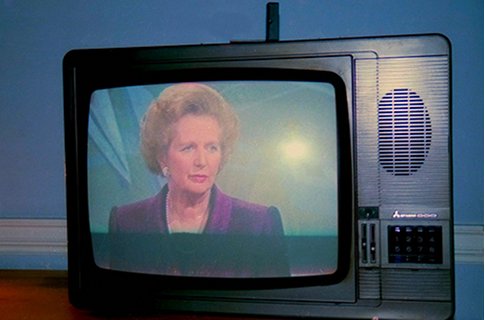 “It is with great sadness that Mark and Carol Thatcher announced that their mother Baroness Thatcher died peacefully following a stroke this morning,” said Lord Bell, a close friend.

“A further statement will be made later.”

Thatcher will be remembered by her supporters as the leader who put the “great” back into Great Britain and by her opponents – the majority – as the person most to blame for the enormous rise in unemployment and inequality during her period in office.

Among the significant events of her premiership were the Falklands/Malvinas War in which Britain re-took a group of south Atlantic islands from Argentina at the expense of hundreds dead; the 1984 miners’ strike when British trade unionism suffered a historic defeat, and the 1986 ‘Big Bang’ when – for good or ill – London’s financial sector assumed its crucial position in the national and global economies.

“Love her or loathe her Margaret Thatcher shaped this country as few others did.”